Cats are quirky little animals with some confusing and even frustrating behaviors. Their odd tactics make them oh so fascinating, but sometimes it can be hard to understand why your kitty does the things they do. Moreover, most cat owners will question if their fur baby is… normal, on more than one occasion!

While felines may do many strange things, we’ve picked the most common “weird” behaviors, which we will explain below. 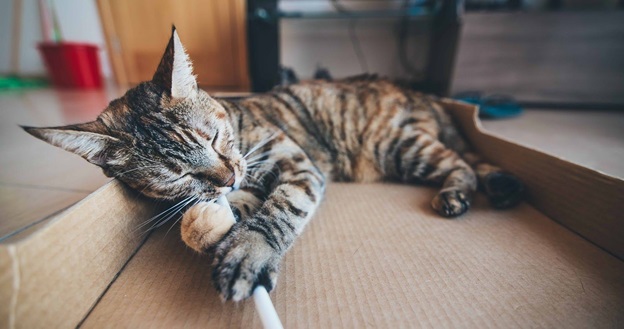 Many cats pick up the strange habit of eating non-food items. Officially known as Feline Pica, this common condition causes cats to eat non-edible things such as plastic, rubber bands, fabrics, or even paper.

Feline pica has many potential causes:

Pica is a challenging cat behavior to deal with as it can become a compulsive disorder. More importantly, it can be hazardous if they ingest something they shouldn’t. Eating paper will likely not cause much damage but something more concrete can definitely harm a cat’s digestive system.

Indigestible items such as shoelaces and rubber bands can pose a choking hazard or block a cat’s intestines, both of which can be life-threatening situations if left unnoticed or untreated.

If your fur baby is chewing and eating things they shouldn’t, remove these objects and replace them with a safer alternative to chew. You can also make the chosen items unappealing by spraying them with a scent your kitty dislikes, such as bitter apple or citrus.

2. Peeing outside the litter box 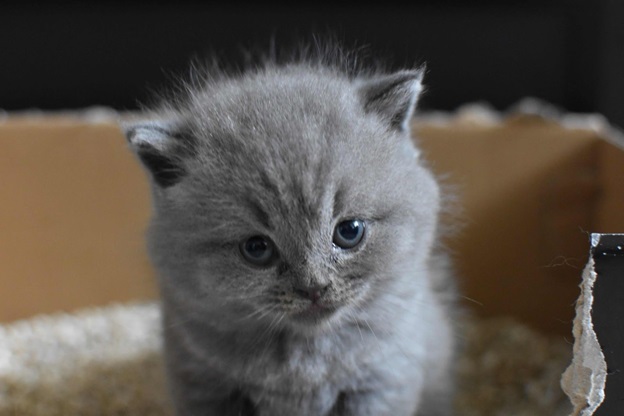 Another equally frustrating behavior is when a feline urinates or defecates outside of their litter box. Again, there are various reasons why your kitty might do this. 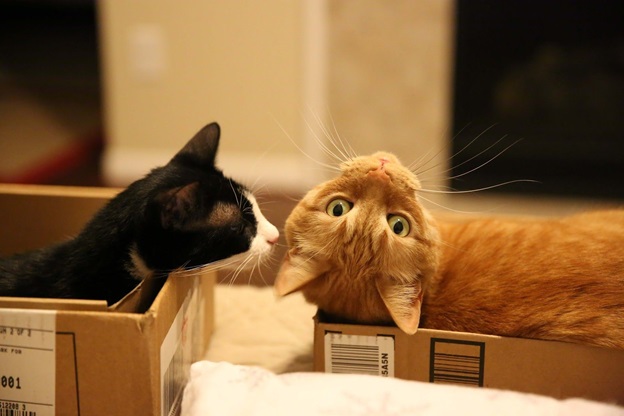 Although it can be rather cut, it is often mind-boggling to see your fur baby squeeze into a box or container that is far too small for them. This is an instinct felines have. In the wild, cats seek out a safe and confined place where they don’t feel exposed. Therefore, your cat chooses to sit in small boxes if they want to comfort themselves or take some quiet time alone. 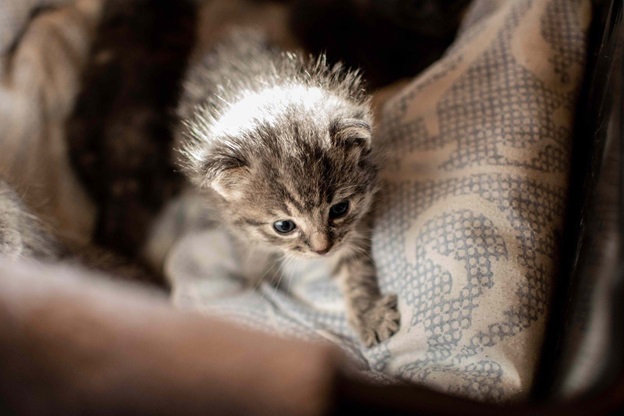 It can be super cute if your kitty sits on your lap and massages you with their front paws. This is known as kneading and is a nursing behavior baby cats learn from their mothers. Kittens do this to their mothers to stimulate milk release when they’re young. However, when a feline does this to a human, it’s purely an instinct. Moreover, when adult cats knead, it usually means they are relaxed and content with you as their caregiver.

5. Putting their butt in your face 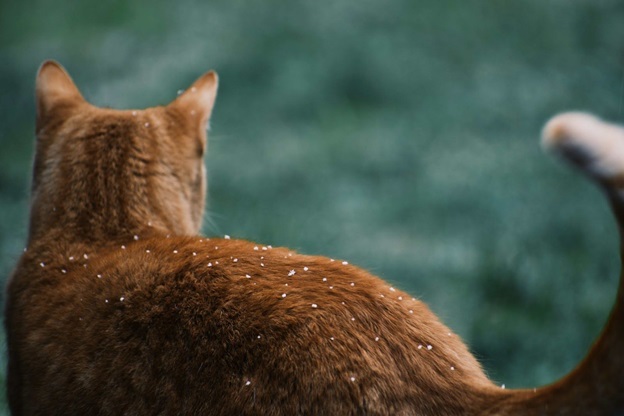 Does your cat climb on you and then promptly turn around with their tail up, presenting you with their… butt? This is another weird but typical feline behavior that many cat owners do not quite understand. As it turns out, this odd gesture is surprisingly a kitty version of a handshake. It is indeed a compliment, rather than an offense.

Cat’s sniff each other’s from the rear to confirm each other’s identity and say hello. However, showing their butt to another cat could put them in a vulnerable situation, so kitties will only do it to those they trust. So, if your fur baby does this to you, it means they feel comfortable and trust you enough to share their scent with you. Kind gross, but also kind of sweet! 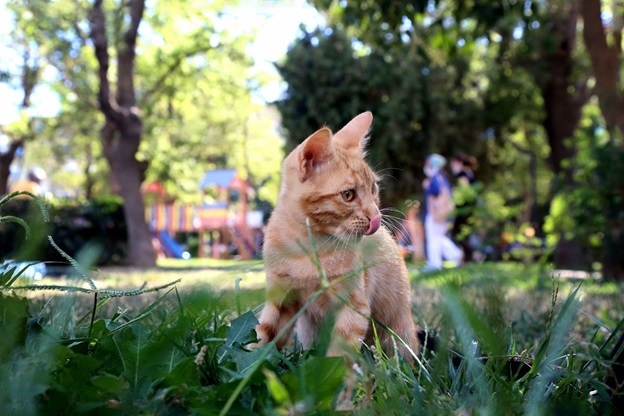 As cats are meat eaters, it can seem strange to see your cat eating grass. You may first think that your kitty is nibbling the greenery out of curiosity. However, grass can be very beneficial to felines as it cleans their stomachs and can relieve constipation or even feeling of nausea.

If your cat has a stuck hairball or another obstruction, eating grass can induce vomiting, allowing them to hurl up whatever may be upsetting their tummy. Because it helps remove non-digestible materials, many cats prone to pica will eat grass to get the bad stuff out of their system once they realize somethings wrong.

7. Rub their head on things 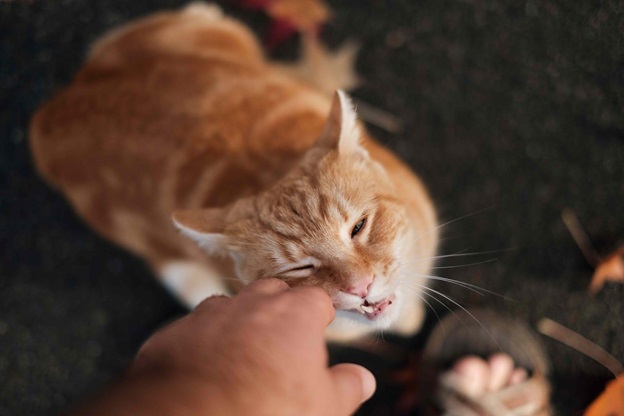 Cats love to rub their head against almost everything, whether it’s a table, another pet, or even your hand. Also known as bunting, cats do this to mark their scent and claim their territory. Your kitty headbutts you to claim you rather than show affection, but it definitely means they like and trust you too.

8. Laying on your computer 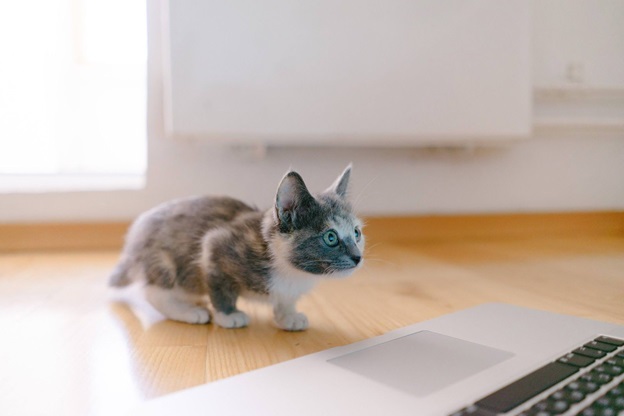 Does it seem that every time you turn your computer on, your fur baby comes and plonks itself on the keyboard? Cat’s do this for several reasons. They may be merely trying to get attention, they could be marking their scent, or they might like the heat it creates; since cats

Many weird cat behaviors are simply down to your feline’s instincts. Even so, always keep an eye out for any new, unusual behavior, as this could be a sign of an undetected health issue or anxiety concerns. Cat’s cannot tell us how they feel, but they can show us in the ways they behave.

6 Things A Vet Clinic Wishes You Knew About Pet Care